To share your memory on the wall of Gerald Hurd, sign in using one of the following options:

Provide comfort for the family of Gerald Hurd with a meaningful gesture of sympathy.

He graduated from Lowville Academy in 1956 and joined the U.S. Navy, for two years, stationed in Newfoundland, re... Read More
Gerald was born in 1940 in Lowville, New York, son of Harry and Kathryn Hurd, former owners of Hurd's Photography Studio.

He graduated from Lowville Academy in 1956 and joined the U.S. Navy, for two years, stationed in Newfoundland, receiving an honorable discharged. He moved to Michigan where he pioneered, owned and operated Hurd Products: a home improvement store bringing do it yourself home materials to homeowners and contractors before the home improvement big box stores were established. He married and had two daughters and later moved to Florida and became a Master Craftsman.

Gerald is predeceased by his parents and his brother, Dr. Douglas Hurd. Survived by his wife, Elsa, his daughters from a prior marriage, Mindi and her husband, Jamison, and Marci, his two grandsons, Cameron and Logan, and his sister, Barbara.

Gerald loved music and was an avid trumpet player. He enjoyed the outdoors; swimming, cycling, camping in the Adirondacks in New York State and gardening in his retirement years in Sebring, Florida.

In lieu of flowers a donation may be made to the Navy-Marine Relief Society in Gerald Hurd's memory.

To send flowers to the family or plant a tree in memory of Gerald Hurd, please visit our Heartfelt Sympathies Store.

Receive notifications about information and event scheduling for Gerald

Show you care by sending Flowers

We encourage you to share your most beloved memories of Gerald here, so that the family and other loved ones can always see it. You can upload cherished photographs, or share your favorite stories, and can even comment on those shared by others.

Frank, Katie, Bianca, and Torrey and Your sister Barbara and her family. have sent flowers to the family of Gerald Hurd.
Show you care by sending flowers

Posted May 05, 2020 at 09:33pm
Dear Hurd Family,
I am saddened to hear of Gerry's passing. We were in the trumpet section of Luther Askins' Lowville Academy and Central School band. I 'm glad he continued with his trumpet. My thoughts and prayers are with you during this difficult time.
John Steinbrenner
Comment Share
Share via:
FT

Posted May 05, 2020 at 04:11pm
We will be forever grateful for bringing our mother so much joy and affection. May you Rest In Peace always.

Your sister Barbara and her family.

Posted May 05, 2020 at 11:36am
We will miss "Gerald Hurd". Love and hugs and many wonderful memories. Your legacy lives on in our hearts.

Your sister Barbara and her family. purchased flowers for the family of Gerald Hurd. Send Flowers 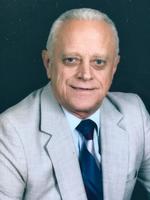